How about some tea, crumpets, and social brew?

I have some guilty pleasures. Bottled fruit yerba maté is one of them.

While I like many flavors, today I want to recommend this refresher by Guayakí: Pure Body Peach. The combination of peaches and yerba maté is smooth and absolutely perfect. It's my favorite of all the bottled teas they put out. Best served cool and guzzled in doses.

Tried a new recipe this last week and I like it. We shall call it Blueberry Muffin Bread. The bread is dense and thick, so err on the side of too much water rather than too little.

Pour the purée in a bowl and add the pecans and sweetener. Stir in flour until dough is very soupy and all flour is thoroughly mixed. Layer parchment paper two or three times over a baking dish, then carefully pour in dough. Bake at 400 degrees for about 40 minutes1 or until knife comes out clean. If it's almost clean, taste it: it might be done. Allow to set for 15–20 minutes. Enjoy!

Diagnosis: Manuscript Multiple Personality Disorder. Often found in writers who are working on multiple projects in the same draft or stage of review, thus utilizing the same muse.

— posted in comments at Write a Book with Me

The Rules of Music | on study and creation

— Nadia Boulanger, tweeted by Finale Music
a thought which applies equally well to any creative endeavor

My Favorite Online Fiction | on reading

— posted in comments on Writer at Play

— posted in comments on The New World of Publishing

We all of us have favorite things. Mine are primarily words, tea, fiction, and music. Cooking, organization, and analysis tend more to be guilty pleasures. What can I say? 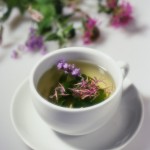 tea • noun 1. the second-most perfect beverage in existence, the first being water; 2. nature's pharmacy for the soul.

For an entire teapot:

Use a coffee filter to strain this tea! A regular tea strainer will get gunked up with powder and you may lose some of your tea. Steep in almost boiling water until a dark, rich brown. Strain and enjoy!

writer • noun 1. a reader who decided if you want something done right, you must do it yourself; 2.a reader who ran out of books; 3. a reader inspired to immitation. 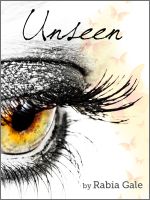 A collection of two previously published fantasy short stories about magic in unexpected places and about the loss of that magic. I had read the second selection—about a pudgy, ordinary man who has forgotten his own incredible origin and former life—before Rabia asked me to proofread this collection, but the first story—about a Pakistani girl who can see into a fantastical world others are blind to—was new to me. Both are enjoyable, full of choices between modern safety and wild beauty. Recommended to avid readers of Beneath Ceaseless Skies or Lightspeed's fantasy selections. [ ebook ]

Other Impressions of the Author:
Shattered

Aphorisms of Kherishdar by M.C.A. Hogarth, voiced by Daniel Dorse 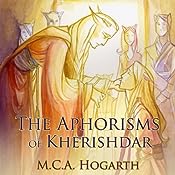 Being quite fond of flash fiction in the first place, Hogarth's fil ekain, or incense stories, drew me from our first introduction. The Ai-Naidar are a graceful alien civilization who value the society more than the individual; thus they seek to find the place of each in the fabric of the whole, that none endure separation. These are beautiful stories, "short and lingering," as the narrator tells us, and the reader does justice to them with his warm storyteller voice. If you have never tried audio before, this is a lovely place to begin. [ audio ]

Other Impressions of the Author:
Spots: the Space Marine
The Case of the Poisoned House

hardtack • noun 1. a boring, edible substance made from flour, water, and maybe a pinch of salt; 2. a base for creating simple, mouthwatering breads.

Combine all ingredients until all powder is thoroughly mixed in and dough is slighty soupy. Layer a baking dish in parchment paper and pour in mixture. Bake between 350 and 400 degrees until a knife stuck in the middle comes out clean. Enjoy!

[Note: I live in high altitude and it seems to take roughly about an hour for the bread to be done.] 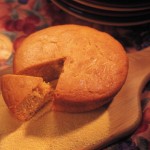 What are some of your favorite things?

Base:
Fill an oversized mug halfway full of favorite milk. Boil enough water to top it off. Stir the two together in the mug until the base is piping hot, but not near to boiling.

Add 1/2 teaspoon of cinnamon to a small bowl. Stir in 1 – 2 teaspoons of extra virgin olive oil until all powder is thoroughly dissolved and the mixture is a dark, rich brown. Spread over favorite bread and toast as usual. Cut in small triangles before serving.

Story Title: The Way to a Girl's Heart
Fandom: X-Men Movieverse
Summary: St. John Allerdyce discovers the way to his girl's heart quite by accident. A kyro ficlet.

"Goodness, Kitty. I can cook!" St. John Allerdyce glared at his girlfriend as he brought his teapot over to the table.

She sniffed at him. She did. The girl who could down their enemies with a single taste of her infamous blueberry muffins. The girl who scared off bad guys with her special, cannot-ever-cook superpowers and kindly-intentioned sense of hospitality.

He shook his head and scowled, but he did not allow himself to be distracted from his role as proper host. St. John had learned to cook from an overworked hotel maid he'd met on arrival in America who didn't mind feeding him if he kept the house clean and maintained. It was sheer survival. She taught him her entire repertoire (ten dishes and three beverages) and each only once. If he didn't get it, he didn't eat and that was that.

"Tea." He poured into the perfect little teacup on its perfect little saucer that Storm had generously allowed him to use. Kitty could eat safely enough. It was a warm, rich brew: his favorite chicory blend with a pinch of ginger, a dash of cinnamon, and a hefty dose of rooibos he'd bought fresh at a local market, all of it steeped in milk.

"It should," he replied and filled her plate with a selection of different crumpets: a tiny cinnamon apple sandwich, strawberries spread on rye, a ginger snap, and three of her favorite shortbreads.

"Did you make these all yourself?" she asked, still half-cautious to go with her half-salivating.

He nodded, sat, and helped himself, but his attention was fixed on her taste-testing each item with a tiny nibble. Her eyebrows swung upward. "This is really good." She took a tiny sip of the tea and those eyebrows went even higher. "Where'd you learn to make this?"

St. John chuckled at her then.

Kitty went on enjoying the repast, stealing little looks at him out of the corner of her eye while he pretended not to notice. He may have been romantic enough to make and serve her an evening meal, but he wasn't yet to the point where he wanted to spill his heart to her or commit himself more than necessary.

Nevertheless, he nearly spilled his tea when a he felt a small hand make its way into his under the table then hold on tightly. He opened his mouth to say something, stared at Kitty, who was doing an admirable job of pretending there was nothing more interesting in the world than her teacup and the Monét painting on the wall above the table, then closed his mouth again.

He glanced down at his own plate, then back at Kitty. She caught his look from the corner of her eye, smiled shyly, then focused back in on her cup.

Without saying a word, St. John Allerdyce ran his thumb over the back of her hand and squeezed back.