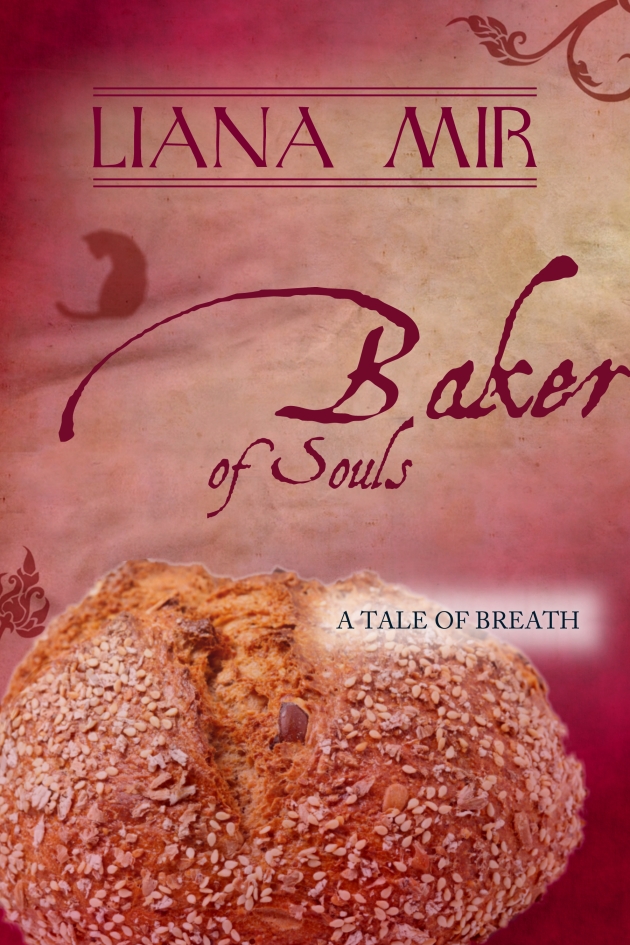 Land of the Five Cities - 03. Kingdom

The Commerce of Hearts

Everyone in the city knew Senetha. It was good to be a baker.

Senetha, baker of souls, has breathed life into countless newborns. She has never lost a soul—until now.

Senetha had never lost a soul. As one of three bakers in the Old King’s city of Elerys and far fewer babes being born than ever in Senetha’s long memory, her reputation earned her brew and broth, and powers help the other bakers who did not have such a blessing to gift them.

Senetha sniffed the warm dough as she kneaded it. There were few scents in all the five cities she liked better.

Senetha’s fingers were no longer so inexperienced. With joy she kneaded out the dough until it was just the right amount of ropey, then settled into a bowl to rise.

Good smells filled the small cottage home she lived in. Senetha chased a white cat out of the kitchen, only to be met by a grey mewing at her reproachfully when she stepped just down the hall.

“Ah, hungry? Yes?” She chucked the big grey under its chin, and it meowed back at her. “Soon, my love. I must first put the bread to bake.”

She side-stepped the grey, passed three doors on the right and the tall window out onto the porch, and turned in at the basin. She washed her hands carefully, searching out every tiny bit of doughy residue. Then she pulled down a clean, white towel, fresh-washed in whiteness to retain its emptiness and patted her hands dry. This was the most important part of the process, and she must not get it wrong.

She held up one palm close to her mouth and breathed upon it until the skin just tingled, then the other. Satisfied, she turned away from the basin and crossed the tile again into the kitchen, stepping down into its warmth and comfort.

The dough had proved itself, and she punched it down. Gently, she separated one handful and drew it into her palm then shaped it carefully into a roll, making certain to coat every side against her open palm. This she did with each of the thirteen.

“Breath and air and bread,” Senetha told the calico cat purring before the open oven. “That makes the finest souls.”

The cat did not disagree. Nobody ever did.

The faint scent of blood and mother’s milk greeted Senetha just inside the door of the birthing home. She hummed lightly and kept her mouth shut. One hand protectively patted the basket over her arm. Thirteen fine souls today. Thirteen.

The ladies at the desk smiled at her and let her through. Almost everyone in the city knew Senetha. Even if they had never met her in their memory, some vague familiar sensation stirred when they caught sight of her. She had breathed into each one of them before they were born. It was good to be a baker.

Rounds were easy, as natural as the heart in her breath. Senetha smiled over a new mother and slid a tiny roll of bread into a tiny mouth of a still and silent infant. With a gentle knead to that tiny throat, the child swallowed the bread. It breathed. Its legs and arms began to squirm. Milky blue eyes opened and stared upward at the child’s mother. Senetha moved on.

Ledí had birthed twins, as hoped, and Senetha knew she would dispense of all thirteen souls in her basket. It was a great and terrible thing to leave a soul untended to wither away and die, as terrible as it would be to leave a vessel die without offering the child a soul. It lifted a burden from Senetha’s mind.

She ended her rounds at the last door. The door was painted the color of yellow sunshine, not a blessing, but Senetha was not one to discriminate against a young unwed mother. There were many reasons a girl could end up behind a yellow door, from brigands to improper wedding from an abusive man. Senetha rarely thought the worst: fooling around before proper arrangements had been made.

This girl had dark, damp hair troubling her against the soft blue pillow. She kept trying to touch it, pull it back. The child under her arm also had dark hair and was still and silent as any newborn babe.

Senetha reached into her basket under the towel for her last, most precious bread. She put something extra in every last soul, that the child receiving it may have an extra blessing in its life. Senetha clucked comfortingly to the girl, but the girl seemed feverish and not to hear.

Senetha smiled and put tiny roll of bread to that tiny mouth and kneaded the tiny throat. The child squirmed, breathed—and spat out the piece of bread.

The nurse and Senetha gasped in horror. The child stared up at them with dark, almost defiant eyes, but it did not see them. It looked at this strange world and let loose its first, soulless cry.

Senetha stumbled backward. She had never lost a soul. Never. The child was kicking her feet and her tiny curled fists. She wouldn’t take— But the baker had to try.

She leaned forward, scooped up the bread, and tried to put it back in the baby’s mouth, but the child would not accept it. She closed her tiny eyes and scrunched up her face and lips against it. The nurse stepped in to help. Senetha struggled with the babe. In the end, neither of them could do a thing.

The baker of souls returned home weary and with unwept tears behind her eyes. She had failed. She had cared for a little lost child who had tasted her soul and rejected it.

The small cats usually converged upon Senetha the moment she opened the tall narrow door into her home. Those with souls would not touch the bread, but those without them were drawn to them more intensely than even to milk.

But none of them came close.

She set down her basket and called a kitten to her, but the kitten meowed piteously and fled. The grey came closer, carefully avoiding Senetha’s basket, then settled on the baker’s lap to offer comfort.

Senetha wept. She had never lost a soul. Never. Sacrilegious, the practice of feeding the unused souls to cats. But small cats were never dangerous with a soul. If anything, they were sweeter, kinder. They wrapped their paws around Senetha’s shoulders and washed her face and purred as though they could assuage her grief. But the soul had been tasted, and no one would touch it again.

After a long while, the baker of souls got to her feet and took the soul into the kitchen. She placed it in a jar with honey, oil, and a rust-red spice to preserve it forever. She closed up the jar and placed it carefully in a high cupboard.

Then, Senetha turned and went up the step into her house, past the doors and the windows and turned into a small room. It was furnished simply—her needs were few—with a small wooden stand, a squat oil lamp atop it, and a pallet rolled out beside it. A cupboard occupied the far corner. From this she took her good cloak and her warm robe. She replaced them with the apron she wore for baking.

The grey meowed at her in agitation. Senetha paid the cat no heed. She reached under the clothes and pocketed a chain of colored stones, worth a small fortune. She went back down the hallway, past the doors and the windows to the front door of her house. She ordered the cats with souls to care for the cats without.

She walked out into the night, out from the city, and baked no more.

If you liked this story, you may also like The Commerce of Hearts. Please consider sharing this story or tipping the author at left.