Designing a new cover is fraught with false starts, preconceptions, and the reality of the stock photography you can afford. I decided I wanted to riff off the theme begun with the original flash fiction piece, but that the old cover was not going to cut it for a new fleshed-out serial. 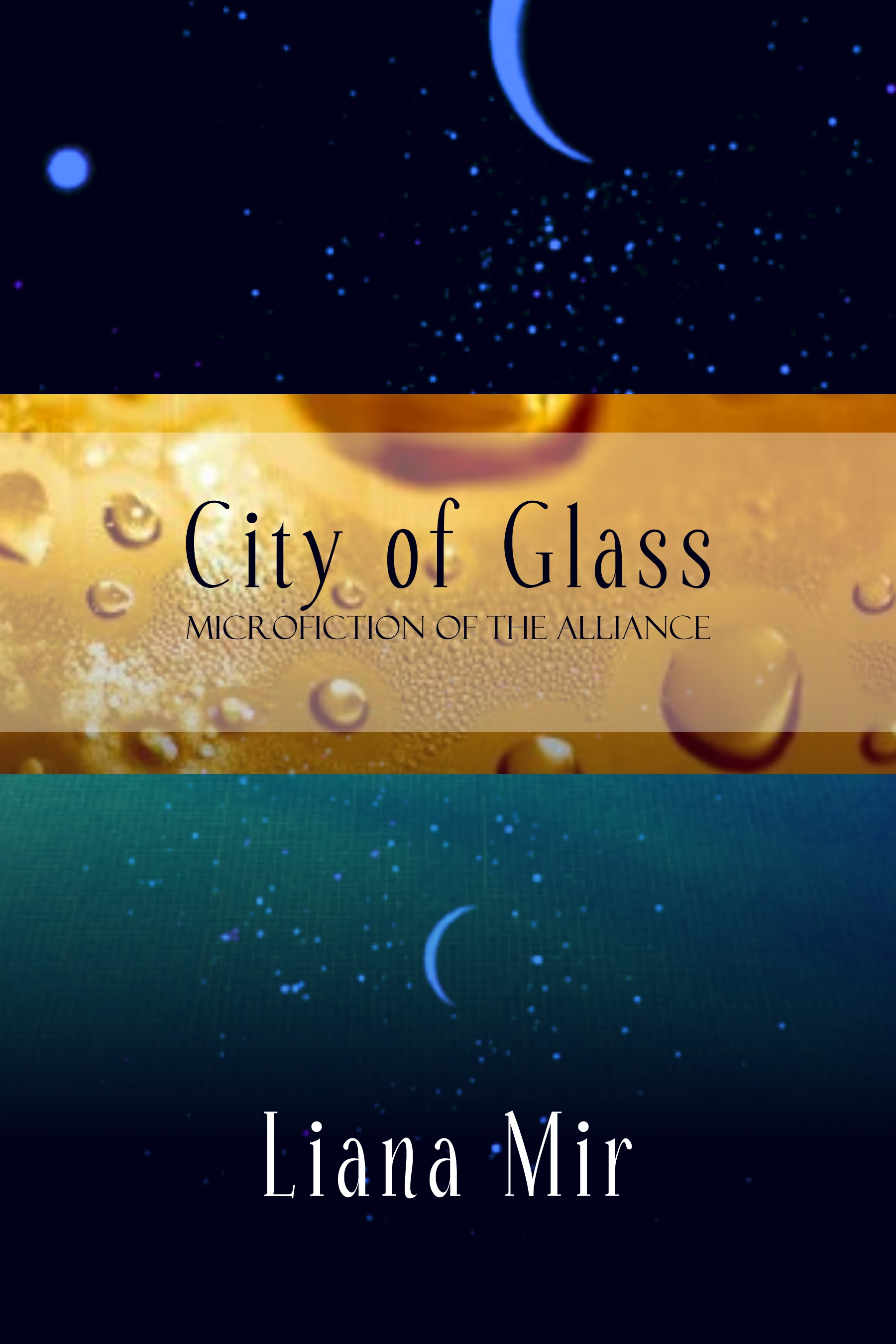 There's nothing inherently wrong with it, except that it's not very novelish looking. It also doesn't reflect the skill I've been gaining with practice or the theme, characters, and setting of the novel itself. I needed something broader in scope, as the serial will range from planets to space and not stay stuck in these lines.

What I Kept: The title, obviously, as well as the font and color scheme.

What I Ditched: All of the pictures are changed, and I built the new cover from the ground up.

Behold, the gallery of a designer at work:

The texture is a series element, so I want to plan carefully, thinking of how it will apply to other stories in the world. This one had the right color and structural implications. It's clearly a manmade design.

The background is a series style, so I have to be careful that it not only matches the story, but also that it will be duplicable on stories in the same world without similar elements. I made an executive decision that the science fiction aspect of space was something I wanted to be able to evoke on all Alliance covers. It's my writing, so I can make that sort of decision.

The background needs to be a large enough picture to cover the entire 6x9 canvas if at all possible and of good quality. I considered this photo a gem.

Finally, I dropped the texture back behind it and out of my way until I got the major cover elements on there.

Ah! Where we evoke the story. When deciding what kind of picture I want on my cover, I always try to think of either a vivid, representative scene or moment or else, and more frequently, the theme of the story, some idea that shows up often or underlays the whole thing.

In this case, it's the idea of a city of glass. That physical and social structures, even life itself, exist as cities of glass.

Something many may not realize is that color and color tones evoke genre. In this case, vivid colors tend to evoke science fiction, and this green stuff doesn't even come close.

We hearkened back to the other cover, noticed all the colors in the background were already the black, reddish brown, blue, and gold tones, and opted for the same intense gold look on the image.

Straight lines like so belong primarily to the suspense and nonfiction genres, so we softened up and made the whole thing more like the space elements and kept the hard line at the bottom for later titles and meta.

Time to bring the texture back up, position it, and fade out the edges. I wanted it to cover the glass a little but not draw too much attention to itself.

It's starting to look like a novel. I like how it's coming together, but I've got this picture of a character that may work well with it. Let's give it a shot.

She looks like Jena Kee. I'd have to mess with the storyline to keep her. I'll think about it.

Putting the title on this cover is when I decided that I didn't actually like having Jena on the cover and it most certainly wasn't worth changing the book over. The suit, while interesting, doesn't figure into the plot much either, unless this was that one character, but she is not central. Nixed.

The title went through a couple stages. First, I tried it just above the line at the bottom of the gold, which I hated. Moved it over the line and loved it, but there went easy reading.

Did the double-color technique, which was nice, but still too hard to read. Dropped a dark blue box just in front of the background and behind everything else, faded off the edges and knocked down the opacity, which helped, but not enough.

Cue the single-color technique. Much better. Shadow that baby and go with it.

Pretty important stuff and all. The eyeline and placement of all the other elements made it obvious to me where and how I wanted the author name. I had to resize downwards until it fit the way I want, then add a gold shadow at 20% opacity and 50% feathering on the outside, which blended in perfectly with the gold cloud it was already sitting on top of.

I make it a point to include the story type and world somewhere on the cover, for the reader's sake. It's not enough to have a signature look and feel for a series.

There was only one blank quadrant on the cover left that I thought wasn't too busy and so there went the words, "a novel," above the storyworld, "Alliance." When I saw how close the dot on the i was too a star, I moved it just so and bracketed for clarity. Believe it or not, those brackets are a duplicated box that fades in the middle, but does not go out. It increases readability.

We're ready, finally ready to do the last and most important step. While the cover looks great, it does not yet look like a single piece of artwork.

The last step is where I deselect everything, mask the entire image, and turn it into an object on the top layer. I may decide whether to add a colorization layer, but with this piece, I discarded all recolorizing. Instead, I went with my usual and applied CSI levels on the setting I have found I like. Levels alters lighting, saturation, and contrast, for lack of a more concrete definition. The contrast and saturation was too strong, and I knocked the image opacity down to about 35%.

If you enjoyed this step-by-step or found it helpful to you, please consider clinking a few coins in the donation box. It takes considerable time and effort to put one of these together and I would like to continue doing so if it will help others.

Download article as PDF
This entry was posted in Publishing and tagged cover, storyworld: alliance. Bookmark the permalink.