Then post that list, with your commentary, to your journal. Other people can get lists from you, and the meme merrily perpetuates itself, hopefully for the rest of eternity!

A purely fandom post is in order, apparently. I was almost surprised to see this character show up on my list. Katherine "Kitty" Pryde, also known as Shadowcat, of the X-Men fandom. She is not exactly a character I think of myself as a fan of. I don't even think of her often, though my writing belies this fact. What is it that makes her so unnoticeable in my mind's eye and yet so indispensable?

Perhaps because that is how she prefers to be. 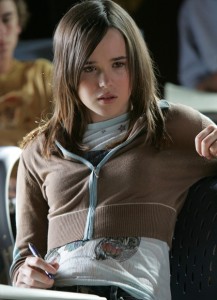 Kitty is a Jew but it's not in your face. She's a self-proclaimed goddess of computers; yet, she only shows it off when it makes sense to do so. She's a bit of a ninja warrior, and even that stays hidden until the tool is needed. Self-sacrificing but without the drama. Flirty and cute but without the glamor. Evoverse modified her character a bit, but I never watched enough of it for that impression of her to stick.

In comicverse, she's just so real—foibles, flaws, failings, and all. In movieverse, she's a shadow, sketched in but without much in the way of shading. I play with her. To me, she's the girl AssassinElektra describes in The Boy Who Destroyed the World. She's vulnerable, she gets hurt, she draws lines, she can't help but analyze the way she does with computers and eventually come to conclusions about the goodness in people that others can make themselves ignore. She finds herself being compassionate when it would so much more convenient to not. She's complex and complicated but likes to think of and present herself as simple.

She's a condundrum that needs puzzling out to me. That sketch begs more. It begs some of the meat given us by the comics to be dug into in this brave new movieverse world where everything goes wrong on a dime and she can't even afford to be as simple as some fanfics make her out to be. She's intelligent, but she's not callous and hard. The one fic I read where she was portrayed as such, I simply couldn't believe it. That's not the Kitty I know. The one who cries when her world goes to hell. The one who wishes she could please every part of herself and never can. The one who's mature enough to love Pete Wisdom and young enough to think she's missing something by doing so. The one who's naive and wise and dangerous and vulnerable and sweet and strong all at once. Callous? No. Even when she must hurt someone, unlike most of us, she knows she is also hurting herself.

For some reason, this is who Kitty is to me, and I'll be the first to admit that character impressions are subjective, but I've never felt a need to demonize one character to express my love for another. I doubt she set out to betray Rogue and have a fling with Bobby. There are shades of grey and reasons to play with them, but that's my take, my impression. My Kitty.

Download article as PDF
This entry was posted in Fandom. Bookmark the permalink.