Author's Note: Prompted by lithiumlaughter at the Nonfiction Fishbowl. 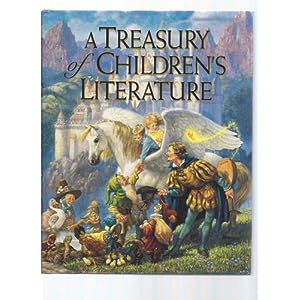 When I was in seventh grade, I wrote a research report on Greek mythology. An eighth grader used my research paper as a source for her research paper on the same subject.

From my earliest years, my father kept great big books of fairytales, legends, nursery rhymes, and folktales for us kids to read. I fell in love with these books and wandered into each library looking for more. In the process, I stumbled into mythology: Greek, Roman (which is basically Greek appropriated), and even Norse and British. I never did understand Tolkien's bemoaning the lack of British isle myth. The land and cultures have a rich heritage of mythology, including faery folk, goblins, and more.

Mythos, as the entire body of a culture's traditional literature is called, is the rich patina about the edges of an aged cultural tradition. It speaks to what the people believe, what they still believe and think they have outgrown, and what they no longer believe but look back upon wistfully. The ideas and concepts undergirding a given mythos continue to undergird the cultural subconscious and germinate new ideas and concepts. To change a people, you must change its mythos.

When I began to write, I dug in deeper into mythology and folktale, the places I had been as a child and that had taken root in me. I consider myself blessed that I took it all in: the Russian stories, the leatherbound Germanic Grimm's, the British fairytales and Swedish folktales, the old myths of antiquity, the Chinese wisdom stories, the fables of Aesop. Because of such a broad sweep of ideas and cultures and perspectives, when I created my own worlds, I recognized the layers in my cultures and characters that had roots. I traced out the paths that could turn the modern events in my characters' worlds into the myths and legends of the future. I remembered the cadence of stories read aloud to children on their beds by their mothers.

Each mythos makes sense to its own believers. I read once about the practicality of the Greeks. As fantastical as some of their stories may seem to us, they were rooted in the every day lives and practicalities of the people that gave them birth. The Germanic stories are dark and full of the bitter reality of hard living. The Norse gods reflect the fearsome juxtaposition of bright and dark in their environment, the high levels of true "berserker" madness, and the fact that good people could be the same ones to commit such epic violence.

As a writer, when I add to the growing mythos of one of my own stories' cultures or subcultures, I aim to please the hearer inside of the reader with the rhythm of the narrator voice; I seek to build out roots and branches of a cultural perspective and mindset, to immerse the reader in that mind; and I hope to capture that fundamental underlying belief and outgrown belief and wish to believe that all of us still possess.

Download article as PDF
This entry was posted in Writing and tagged Legend, Myth. Bookmark the permalink.